Skip to content
1300 285 009
Industrial Automation is a categorisation that implies a grade of quality and applies to many industries. The devices and software systems are generally commonplace, however the application to each industry has its own nuances.

What is Industrial Automation?

Historically industrial automation systems or solutions made use of system components supplied off the shelf from major automation companies. System Integrators or the automation vendors would piece these systems together using “industry hardened” devices. The purpose of industrial automation systems is to improve repeatability and accuracy where humans were less reliable or becoming more expensive in terms of cost to manufacture. The industrial revolution and the advent of low-cost computing power has fuelled the growth of the Industrial Automation revolution, however, there still remains confusion between the difference between controlling the home air conditioning unit with your smart phone app and stopping a train before it gets to the end of line. They are not the same thing, even though the smart phone app may look very cool and make life so much more pleasant than taking the train.

One of the significant advantages with mature automation systems is capturing operational information such as alarms, events, operator actions and just about any operational status you can think of. This information, commonly called “process data”, can be used to operate the plant more efficiently or safely. It can be used for forensic purposes and is indeed used for exactly this in pharmaceutical, heavy industry and safety systems.

For a generation, industrial automation has been a very closed industry. Open-Source systems including hardware and software products have not been well accepted for heavy industry and critical infrastructure. Part of the reason for this is “the hardened principle” and the successful historical performance that it has delivered. Historical performance feeds into shaping the risk profile and the risk of loss of life or environmental damage is something simply too high to take a chance with.

Industrial Automation vendors all promote their quality assurance program which certainly improves the quality and reliability of how their products operate in real time. The one disadvantage of open-source systems is that they do not have the history of decades of operational performance that the industrial automation vendors have bragging rights for. The other major argument for open-source advocates is the version release management process and interlinking with other software systems and services which may be affected by library updates and so forth. When “kit” software and “kit” hardware is used to provide the same functionality as industrial automation solutions, perhaps the initial solution can be done at a fraction of the dollar cost, but the price could be much, much higher in the long run. Having the same functionality (turning on a switch automatically) can be done on the cheap with less than 100% reliability or alternatively it could be one with a high certainty of repeatability using hardened components coupled with end-to-end system design.

Which are the most common industrial automation companies?

In Australia and across the world, some of the largest vendors are: ABB, Emerson, General Electric, Honeywell, Mitsubishi, Omron, Rockwell, Schneider, Aveva, Siemens, Yokogawa.

There are other industrial software companies which work with or complement the core products offered by the large automation vendors listed previously and usually their solutions are bespoke and add performance capability. Examples of this would be Process Historians by OSIsoft, GE and Aspentech.

Which systems does Parasyn work with?

In Australia and across the world, some of the largest vendors are: ABB, Emerson, General Electric, Honeywell, Mitsubishi, Omron, Rockwell, Schneider, Aveva, Siemens, Yokogawa.

There are other industrial software companies which work with or complement the core products offered by the large automation vendors listed previously and usually their solutions are bespoke and add performance capability. Examples of this would be Process Historians by OSIsoft, GE and Aspentech.

How is IIOT changing Industrial Automation?

Industrial Automation vendors and their partners have been doing a version of IOT for decades. With the improvements in internet speed, security, and connectivity, many of the already hardened Industrial Automation solutions can now make use of public infrastructure. For example, previously power, water and federal agencies would mostly provide their own private communications infrastructure at a very high cost. If they could not do that, at the very least they would have shared infrastructure with other agencies or used a hybrid solution making use of public systems for redundant operations only.

In terms of the core Industrial Automation products changing, most controllers and smart devices and instruments have been “IP network ready” for some time. In recent years there has been a push to make all devices “cloud ready” and allow device process data to be directly pushed to a data warehouse in the cloud, but the fundamental underlying principles of computer (or embedded controller) reliability and purpose-built operating systems has not changed. This is where Industrial Automation will hold its ground for some time to come.

So, the tech is not really new at all, but the applications for and analytics around how we interface and dance with robots is. We are dazzled by the latest application that looks cool and we put up with having to reload the app if it stops working after the latest automatic OS update, but the jury is still out if IOT will ever meet the need for Industrial Automation solutions. In the short term, our advice is design it well, consider the budget, consider the risk profile and then choose the components accepting that if you don’t buy hardened industrial automation, you must accept all that goes with that decision.

What are the benefits of IOT?

Without doubt, the IOT era has brought with it cool apps, better analytics and user interfaces that don’t require a bachelor’s degree to operate. For the suppliers of solutions, it is fostering a consumer or user base that is more accepting of purpose build functionality versus highly configurable software platforms. Once upon a time, Industrial Automation products would have to be highly customised or use a gateway device to share any data beyond the control system network. This still remains true in many hardened cyber secure networks where there is no reason to share sensitive real time data with the world. For less secure networks where data can be shared to a wider community, IOT devices provide a simple method to acquire data about assets and the environment at a fraction of the cost.

Many IOT devices provide read only data but do not allow any control. The application software that interprets the information from the IOT device may have settings to adjust how data is viewed or recovered but fundamental operation of the IOT device may not be permitted. In other systems, the purpose of the IOT device is to operate an asset. In these situations, another layer of management needs to be considered determining who has what level of access to devices. 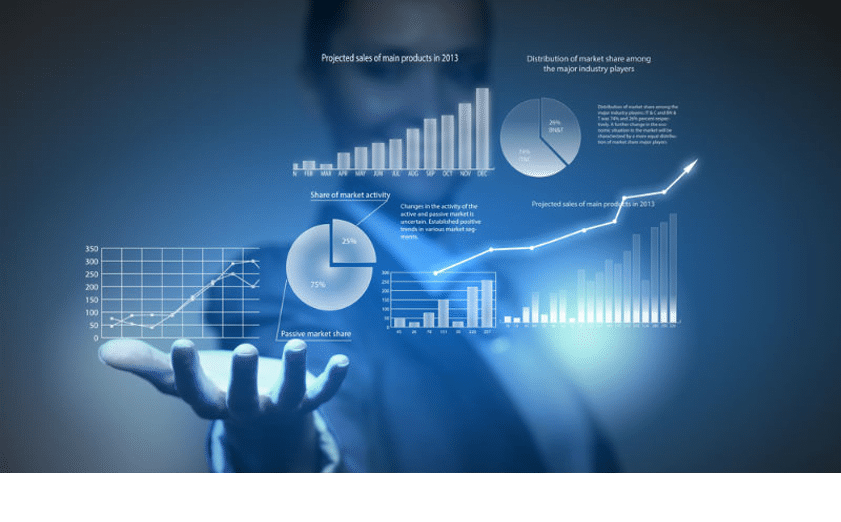 Many asset managers maintain segregation between IOT networks and Industrial Control System networks. The information is often aggregated at the enterprise layer in some form of data warehouse (e.g. data historian) and data consumers may be unaware that the data could be from a mixture of secure and less secure devices. However, engineers and developers are acutely aware of the differences in the products and the management of the networks connecting the products.

IOT devices usually provide quick access to data and usually they use public network access as a primary communications medium. The speed at which assets can be put online provides researchers, planners, and consultants fast access to information that may be used to quickly mature a solution which ultimately may simply scale up or emerge as a secure Industrial Automation system. This suggests that IOT devices and applications can also have a second purpose as a testing and diagnostic tool.

In its simplest form, IOT devices are automation devices. IOT devices and solutions are being created every day expanding the reach of humans into systems, environments, and places on the planet not feasible using other technologies. With the flexibility that IOT brings, it also creates the need for extra responsibility. This applies not only for the control capabilities of the devices in the environment (where this is possible) but also looking beyond the immediate at the possibility of sharing information that may be used for other purposes than initially expected. With Industrial Automation systems this is rarely a challenge as the purpose is usually singular, well considered, and carefully orchestrated long before any device is even purchased.

What are the challenges with IOT?

With all the benefits of IOT it is easy to look past the challenges, the shortfalls and the limitations inherent in the device, applications, operating systems, network vulnerabilities, and technical support. When an individual loads an App to their desktop or smart device it is usually by personal preference or choice and unrestricted. There is little effort or demand place on the user to learn how to use the new app, in fact, if it is too difficult to learn how to use, often it is deleted just as quickly as it was loaded. In the business environment, the same principle does not apply. Support is important and user preference is not part of the equation, even though usability is key to adoption.

The challenge for organisations adopting a “build an application” for each and every business problem will be long term maintainability. This is less of a problem today while we are still building our plethora of solutions and still working out what is and is not a problem. Thankfully many organisations consider these important aspects of support and maintainability very carefully by taking a change management approach to anything new that is introduced to the workplace. Some Industrial Automaton solutions that have not adhered to good engineering design principles already have created myriad unique configurations and now have an unnecessary cost burden to maintain their systems. A similar challenge is faced when deploying IOT solutions. The challenge occurs when many device types are added to networks with varying levels of quality, accuracy, support, reliability, and functionality. In business applications, astute asset managers understand the “total cost of ownership” to own and operate any asset also includes all the supporting peripheral devices attached and is not constrained by the initial purchase price. The impacts of IOT in business applications also needs to be assessed accordingly. This can add significant operational complexity and cost for IOT inside Industrial Automation solutions.

Finally, the concept of “delete what doesn’t work” for a device seems to apply in the commercial and public organisational space too. Systems have enjoyed long lifecycles for 10-20 years for traditional computer-based systems. We are already seeing organisations remove first generation IOT solutions less than one year old because they don’t meet the business needs. With much less complexity in the new era IOT systems it is much easier to evaluate if they are fit for purpose, if all of the systems maintainability issues are set to the side. Most importantly the IOT cloud footprint is less intrusive to an organisation than having to implement on-premise infrastructure. So, it appears, the whole experience of “download, test and delete” is also beginning to stick for big business. For organisations using the subscription model for IOT applications, it may be a major step forward in reducing the cost and time of evaluating new applications. This is a now familiar process for a world of intelligent device users.