Need a SCADA system quick, with no fuss?

You are here:
By Jason Jones 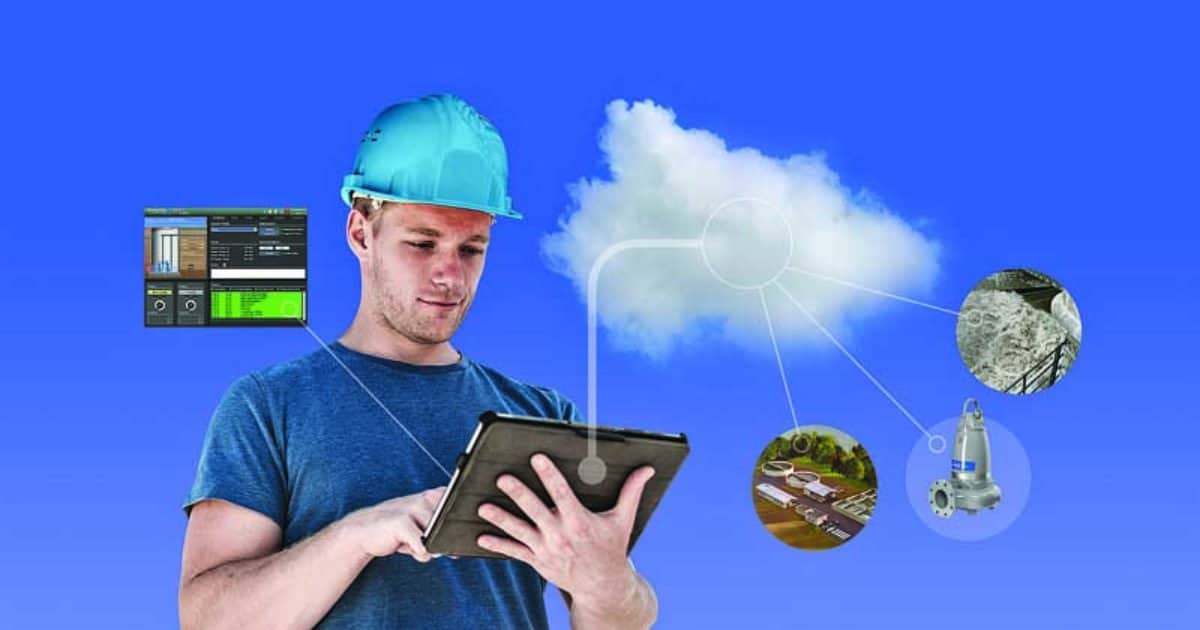 Don’t have a server room or even an IT department? Have assets that aren’t geographically centralised or even at fixed locations? Need a high availability and fault tolerant design but without high initial capital cost? Have reasonably reliable connectivity to the internet from all your remote assets? Have a remote workforce that needs access to the disparate assets? Need this up and running in a week!

Say yes to any or all of these questions and the answer might be to consider a Virtual Server deployment in the “Cloud”. There are many buzz words and phrases surrounding the “Cloud” such as “private versus public”, “Platform as a Service”, “Software as a Service” or even more specific “SCADA as a Service”. In simple terms, technology consumers can now have an application or applications hosted on hardware that they do not own, will never see and probably don’t even really know the location of. This is in contrast to the traditional “On-premise” deployment. The concept is the same as “renting” infrastructure, however the rent includes all the power, cooling and servicing requirements including costly migration upgrades that a computer system requires over its lifetime in a convenient monthly bill.

Parasyn has been designing and maintaining virtualised SCADA systems for almost a decade. Besides hosted business services, Parasyn recently deployed a virtualised SCADA system using Public Cloud infrastructure.
Public Cloud is accessible from the internet; Private Cloud is directly linked to your company’s internal network and is only accessible from that internal network. There are as many Cloud providers and options as there are clouds in the sky (on a cloudy day) but the larger providers at the moment are Amazon Web Services (AWS) and Microsoft Azure. They have made the process of implementation about as pain free as it possibly can be. This starts by providing a web portal where you pick from a variety of Windows or Linux server images with the option of an ever increasing number of different applications, such as MSSQL already pre-installed. These servers along with a customised level of storage, CPU and Memory can be deployed and running within five minutes! You can then continue to customise it remotely from any internet connected device capable of connecting to it. This is “Platform as a Service” in that you actually maintain the virtual server environment. If all you need is a database server then you don’t even need to set up a virtual server, you just select some database “space” using the web portal. This is “Software as a Service”, identical to how most web sites on the internet today are hosted by an external provider that gives a user control over a small portion of the server via a web based control panel. The user can’t get “under the bonnet” of the server and change settings. An example is a typical SCADA System which could have a virtual server that hosts the core SCADA application and stores its data on a back end cloud based database (historian).
To build a more complex network topology, we can add network structure just as intricate as any physical network complete with industry standard Virtual Private Network (VPN) connectivity options.

The Power of a web page

All of this is configurable from the web portal, and Parasyn was able to create a SCADA system that establishes and maintains VPN connectivity to multiple mobile broadband IP routers and the Local Area Networks (LAN) connected to them. This allows data acquisition via secure and encrypted communications between a HMI server (located in the cloud) and PLC equipment that have little or no security features. As the routers connect via a mobile broadband network the SCADA assets can be located anywhere that has the required Mobile network coverage. But that isn’t really the end of it either! The router doesn’t need to be mobile, just connected to the internet and capable of being configured with a VPN tunnel compatible with the Cloud provider. At that stage configured as the gateway of your network to the cloud based SCADA servers the router could support links that include Wi-Fi, WI-MAX, narrowband RF or any other IP based network infrastructure that communicate with field SCADA assets. You could have hundreds of SCADA assets being controlled by a server (or servers) located in the cloud.

What about the cost?

With AWS and Azure you pay using a credit card for the CPU, memory, storage, network and other resources you consume. Warning; this can easily spiral out of control. Perhaps with cloud computing with server infrastructure there is a greater impetus to design and manage resources more precisely. For little or no cost, on premise spare capacity is consumed as required. This is not the case with hosted cloud solutions. You need to look at what resources (servers, CPU, memory, storage, and networking) you predict you are going to need for the duration of the project. How critical is fault tolerance and high availability to your project? As project size and complexity increases other Cloud providers may be a better “fit” than the big players and at some point perhaps “On-Premise” becomes the logical choice.